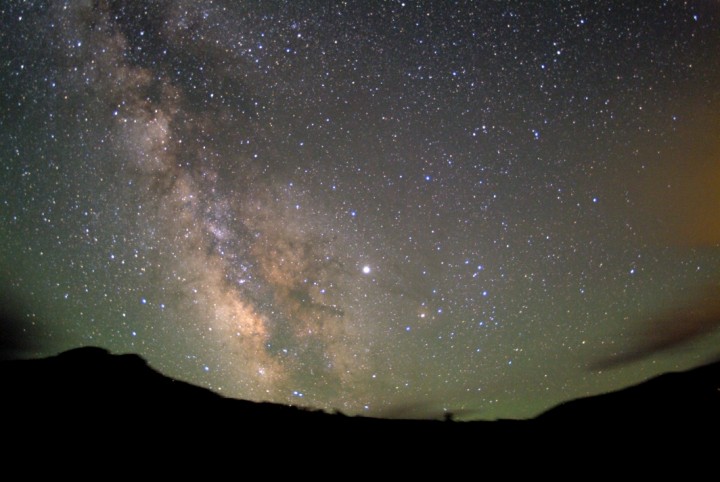 Explanation: In this gorgeous skyscape, gas giant Jupiter along with the stars and cosmic dust clouds of the Milky Way hang over the southern horizon in the early morning hours as seen from Stagecoach, Colorado, USA. Recorded on Thursday, Jupiter is the brightest object near picture center. Along with the stunning Milky Way, Jupiter is hard to miss, but a careful inspection of the view also reveals main belt asteroid Vesta. Of all the asteroids Vesta is the brightest and is now just bright enough to be visible to the naked eye from locations with very dark, clear skies. Vesta (as well as Jupiter) appears relatively bright now because it is near opposition, literally opposite the Sun in planet Earth's sky and closest to Earth in its orbit. For Vesta, this opposition offers the best viewing in many years. The year 2007 also coincides with the 200th anniversary of the asteroid's discovery. Starting late next month, NASA plans to launch the Dawn mission intended to explore Vesta (and Ceres) and the main asteroid belt.