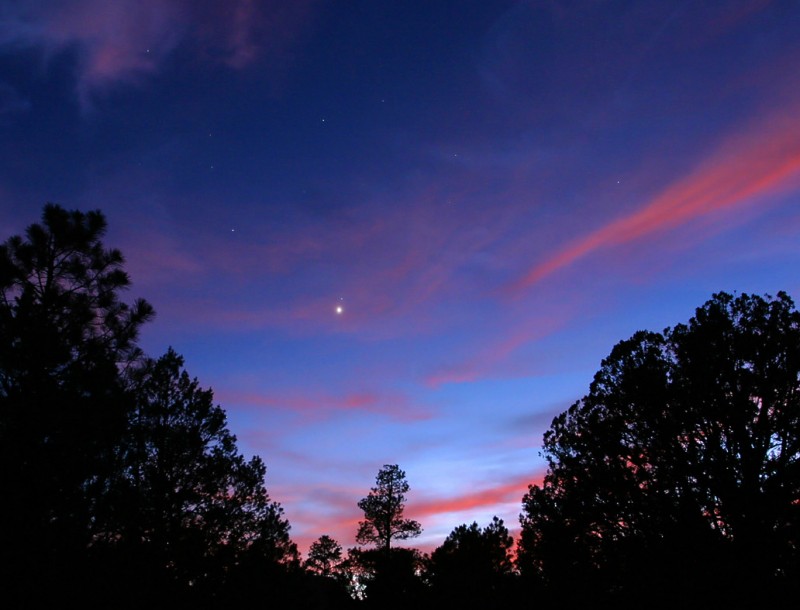 Explanation: Contrasting colors in this beautiful sunset sky were captured on June 30 from Clear Creek Canyon Observatory in central Arizona, USA. The twilight scene includes brilliant Venus as the evening star, with a bright Saturn just above it, shining through thin clouds. The two wandering planets were a mere 1 degree apart or so, about twice the width of the full Moon rising above the eastern horizon on the other side of the sky. In fact, such serene skyviews were possible from all over planet Earth as Venus and Saturn approached a conjunction. Regulus, alpha star of the constellation Leo, is above and to the left of the close planetary pairing. At dusk, lights in tonight's sky will also feature Venus and Saturn low in the west and separated by about 2 degrees.