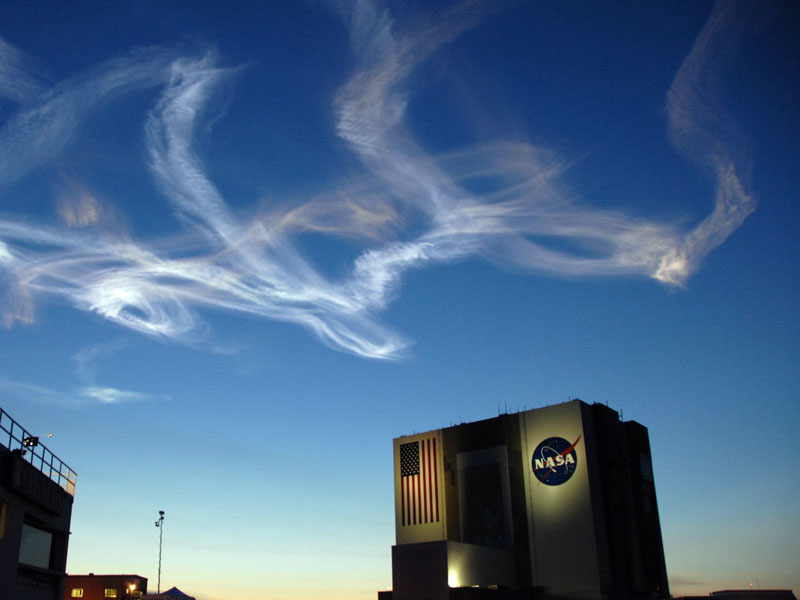 Explanation: What kind of cloud is that? Not a naturally occurring one. Pictured above is the drifting smoke plume left over from last Friday's launch of the Space Shuttle Atlantis. The twisted plume was captured shortly after launch high above NASA's massive Vehicle Assembly Building, the largest single story building in the world. Rockets frequently create picturesque plumes during launch. The Space Shuttle is currently visiting the International Space Station and delivering a new backbone truss segment to the continually developing and occupied spaceport. This trip, officially labeled STS-117, is the 118th space shuttle flight overall and the 28th for the Atlantis Orbiter.