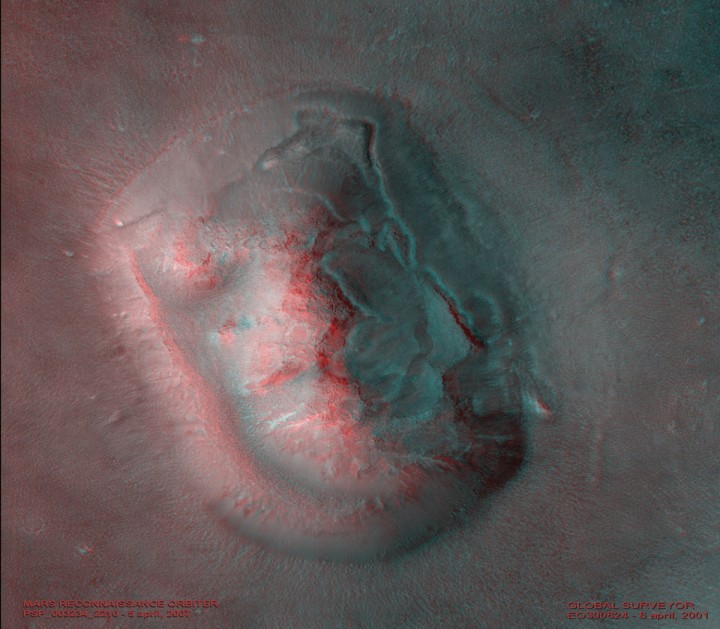 Explanation: Get out your red/blue glasses and gaze down on this weathered mesa on Mars. Of course, described as a rock formation that resembles a human head in a 1976 NASA press release, this mesa is also famous as the Face on Mars. The sharp stereo image was created by combining high resolution pictures from cameras on two different spacecraft in Mars orbit - Mars Reconnaissance Orbiter and Mars Global surveyor. It shows rugged details of the approximately 2 kilometer wide, isolated hill - similar to mesa landforms on planet Earth - rising some 240 meters above the plains of the martian Cydonia region. This remarkable 3D view exaggerates the hill's vertical dimensions.