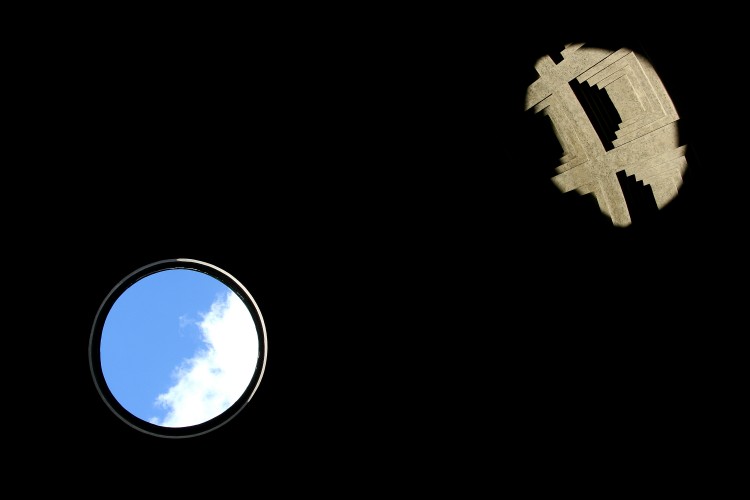 Explanation: Could this be a picture of the Earth and Moon from space? It certainly looks like it at first glance, with a cratered Moon standing off from planet Earth's lovely blue disk surrounded by a nurturing atmosphere. In fact, this view looks up into the dome of the ancient Pantheon in Rome. The Earth's blue disk is really the daytime sky with clouds seen through a nine meter diameter central opening in the dome. The circular opening, or oculus, was intended as the source of light for the building's interior. The Moon is actually direct sunlight streaming through the oculus onto the dome's inner ribbed structure. Historian Soeren Dalsgaard snapped the evocative picture in February and comments that for almost two thousand years the rays of the Sun have traced a steady path on the inside of the Pantheon's cupola. A testament to Roman architecture and engineering, the Pantheon's dome is said to symbolize the vault of the heavens.