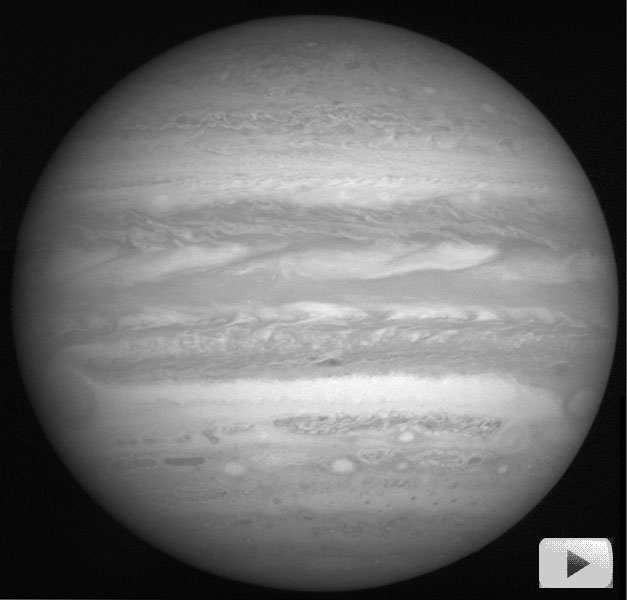 Explanation: What would it be like to coast by Jupiter and watch it rotate? This was just the experience of the New Horizons spacecraft as it approached and flew by Jupiter earlier this year. Clicking on the image will bring up a movie of what the robotic spacecraft saw. Visible above in the extensive atmosphere of the Solar System's largest planet are bands and belts of light and dark clouds, as well as giant rotating storm systems seen as ovals. Other movies compiled by New Horizons and other passing spacecraft have captured the clouds swirling and moving relative to themselves. Jupiter has a diameter of about eleven times that of our Earth, and rotates once in about 10 hours. The robotic New Horizons spacecraft continues to speed toward the outer Solar System where it is expected to approach Pluto in 2015.