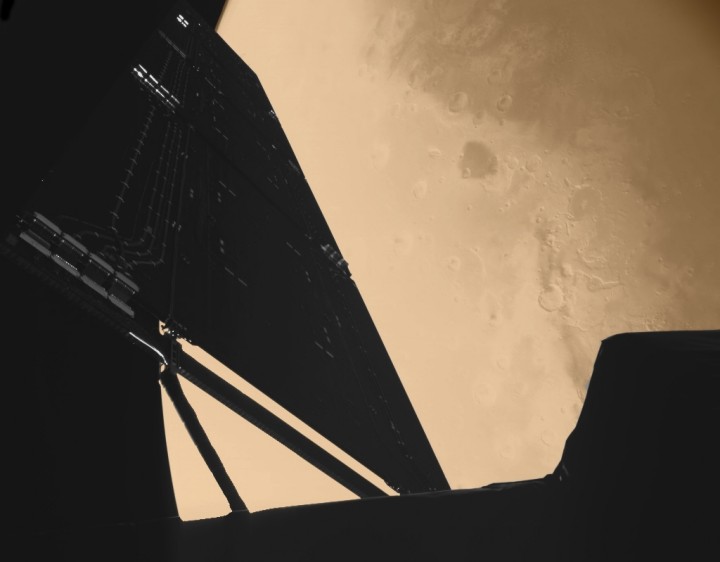 Explanation: Panels on ESA's Rosetta spacecraft appear in the foreground of this intriguing image of Mars recorded on February 25 at a range of about 1,000 kilometers. Launched in March 2004, Rosetta was near its closest approach to the Red Planet during a gravity assist flyby maneuver and is ultimately destined to rendezvous with a comet designated 67P/Churyumov-Gerasimenko. Below the comet-chasing spacecraft lies a dark boundary along the martian Syrtis region. But wait ... who took the picture? The picture was actually captured by the imaging system (CIVA) onboard Rosetta's lander, Philae, switched on for testing. The three-legged, box-shaped, 100 kilogram Philae is scheduled to attempt a landing on the comet nucleus after Rosetta's rendezvous in November 2014.