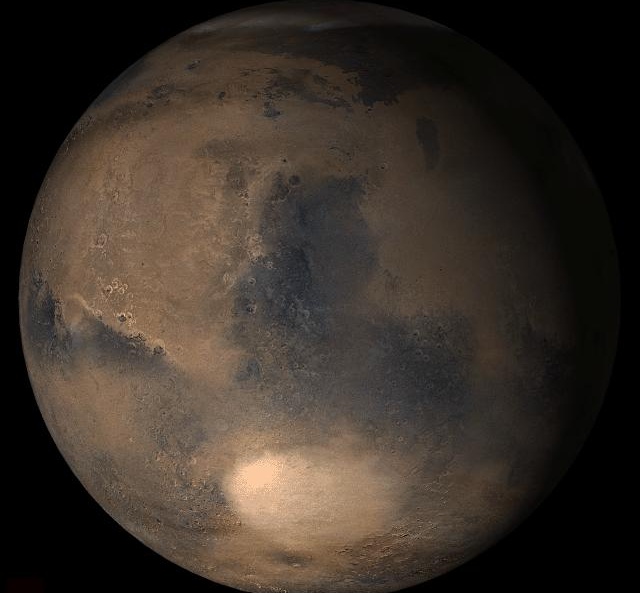 Explanation: Astronomical spring came to planet Earth's northern hemisphere this week (and autumn to the south) with the equinox on March 20th. But on Mars, northern spring began on January 22nd. Still in northern springtime, the Red Planet currently has a similar appearance to this composite of images from previous years taken by the long-lasting Mars Global Surveyor spacecraft. The sprawling dark region near picture center is Syrtis Major, with the whitish Hellas impact basin just below, in the southern hemisphere. The four seasons on Earth each last about 90 earth days, while Mars' larger and more eccentric elliptical orbit results in seasons that are longer and vary more widely in length - from about 140 to 190 martian sols.