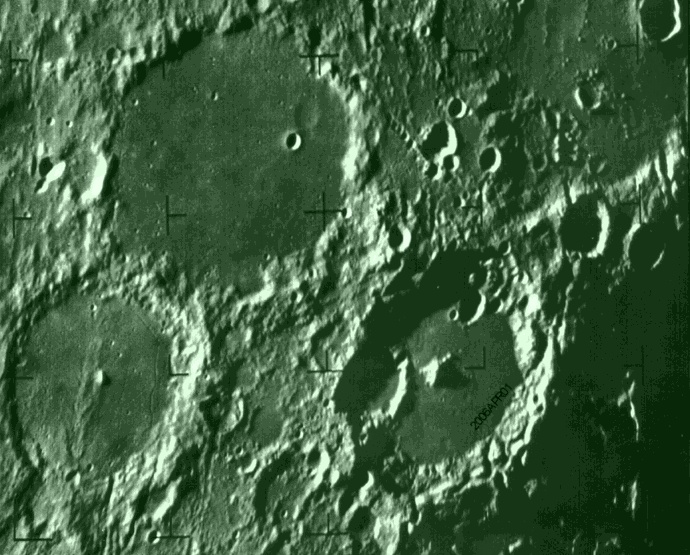 Explanation: Using the new camera on the Hubble Space Telescope, astronomers have been able to confirm that the Moon is made of green cheese. The telling clue was the resolution of a marked date after which the Moon may go bad. Controversy still exists, however, over whether the date resolved is truly an expiration date or just a "sell by" date. "To be cautious, we should completely devour the Moon by tomorrow," a spokesperson advised. Happy April Fool's Day from the folks at APOD. The above image (slightly altered) was actually taken in 1965 by the Ranger 9 probe minutes before impact. The popular Moon is made of Green Cheese myth can be traced back almost 500 years. It has been used historically in context to indicate a claim so clearly false that no one -- not even April Fools -- will believe it.