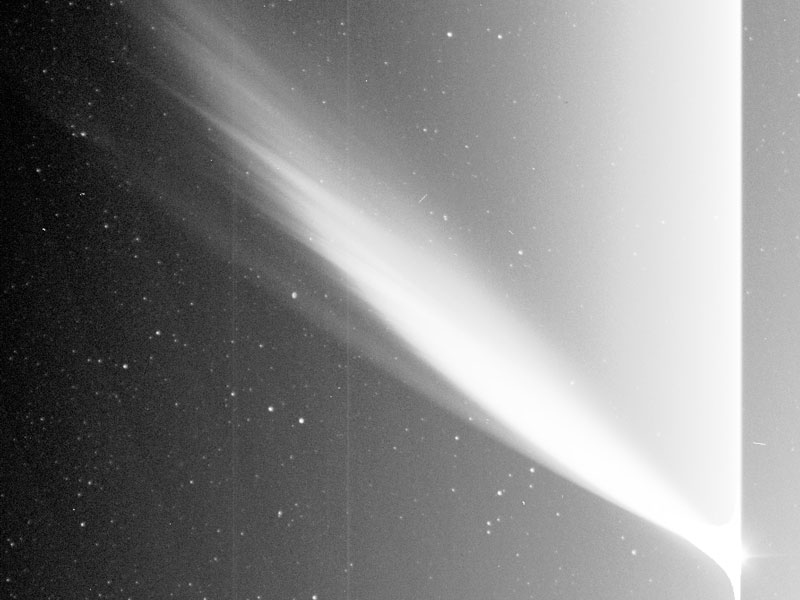 Explanation: The brightest comet of recent decades was a surprising first sight for a new camera in space. The Sun Earth Connection Coronal and Heliospheric Investigation (SECCHI) instrument onboard the Solar TErrestrial RElations Observatory (STEREO) satellite had just opened up on January 11 when it snapped the above image of Comet McNaught. Visible was a spectacular view of the ion tail of Comet McNaught being swept away from the Sun by the solar wind in filamentary rays. The comet tail is seen to extend at least seven degrees across the above image, while the central coma is so bright it saturates. Comet McNaught is now reportedly so bright that it is visible even in broad daylight by blocking out the Sun with your hand. Comet McNaught has rounded the Sun and will slowly fade away for observers in Earth's Southern Hemisphere as it recedes from the Sun.