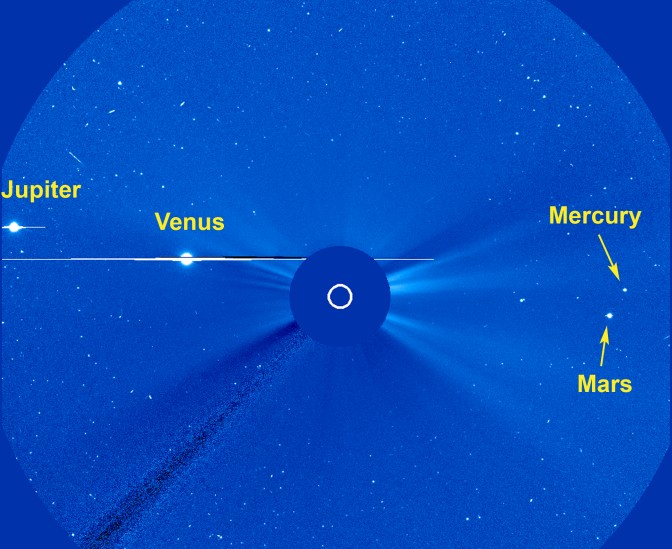 Explanation: For a moment, planets Jupiter, Venus, Mars, and Mercury all posed near their parent star in this Sun-centered view, recorded on November 11. The picture, from a coronograph onboard the space-based SOlar Heliospheric Observatory, spans 15 degrees with the Sun's size and position indicated by the white circle. Background stars are also visible as the otherwise overwhelming sunlight is blocked by the coronograph's occulting disk. But the planets themselves, in particular Jupiter and Venus, are still bright enough to cause significant horizontal streaks in the image. Mercury is actually moving most rapidly (left to right) through the field and days earlier was seen to cross in front of the solar disk. So what's that bright double star to the left of Mars? Zubenelgenubi, of course.