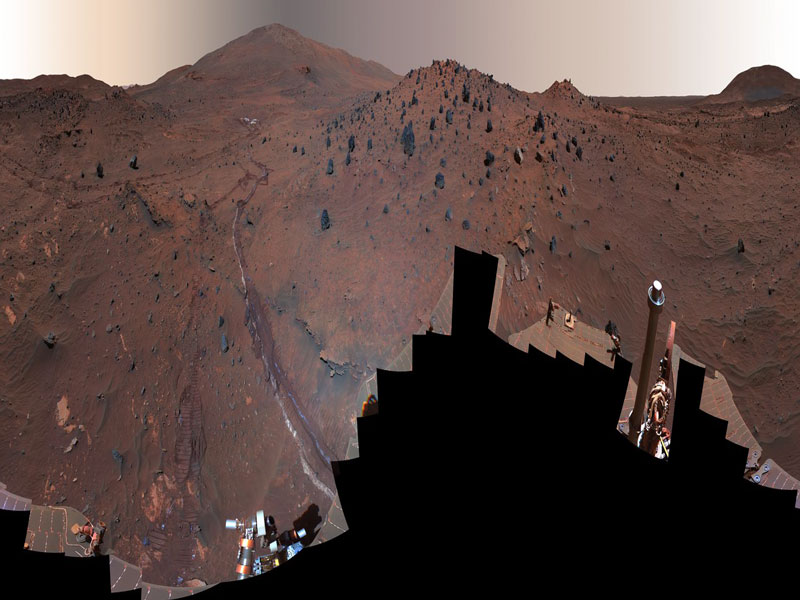 Explanation: This was Spirit's view on Martian-day 1,000 of its 90-Martian-day mission. The robotic Spirit rover has stayed alive so long on Mars that it needed a place to wait out the cold and dim Martian winter. Earth scientists selected Low Ridge hill, a place with sufficient slant to give Spirit's solar panels enough sunlight to keep powered up and making scientific observations. From its Winter Haven, Spirit has been able to build up the above 360-degree panorama, which has been digitally altered to exaggerate colors and compressed horizontally to fit your screen. The long winter is finally ending in the south of Mars, and with the increasing sunlight plans are now being made for Spirit to further explore the rocky Columbia Hills inside intriguing Gusev crater.