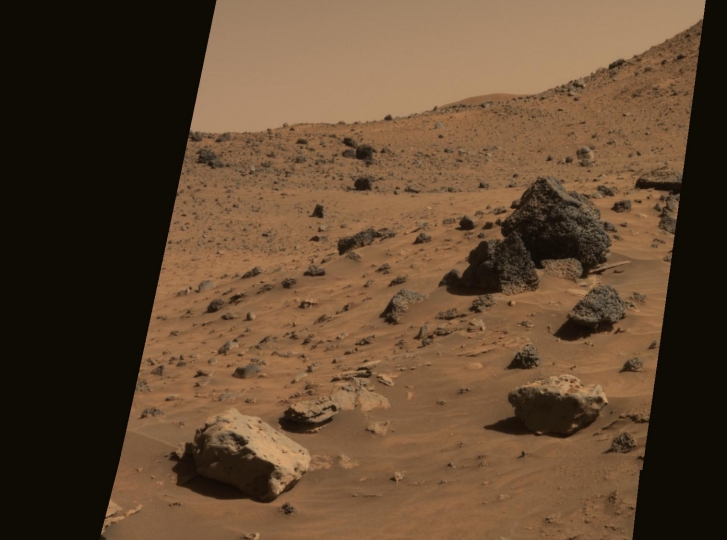 Explanation: This view from the winter station of Mars Exploration Rover Spirit, looks across the rock strewn landscape of Gusev Crater. The dark boulders and distant hills are characteristic of the region, but the two light colored rocks in the foreground of this cropped image are - like Spirit itself - most probably strangers to the Red Planet, believed to be iron meteorites. Informally named for sites in Antarctica they have been dubbed "Zhong Shan" and "Allan Hills." Zhong Shan is the Antarctic base of the People's Republic of China. Allan Hills is the icy location where many Martian meteorites have been found on planet Earth, including the controversial ALH84001, suggested to contain evidence for fossilized Martian microbial life.