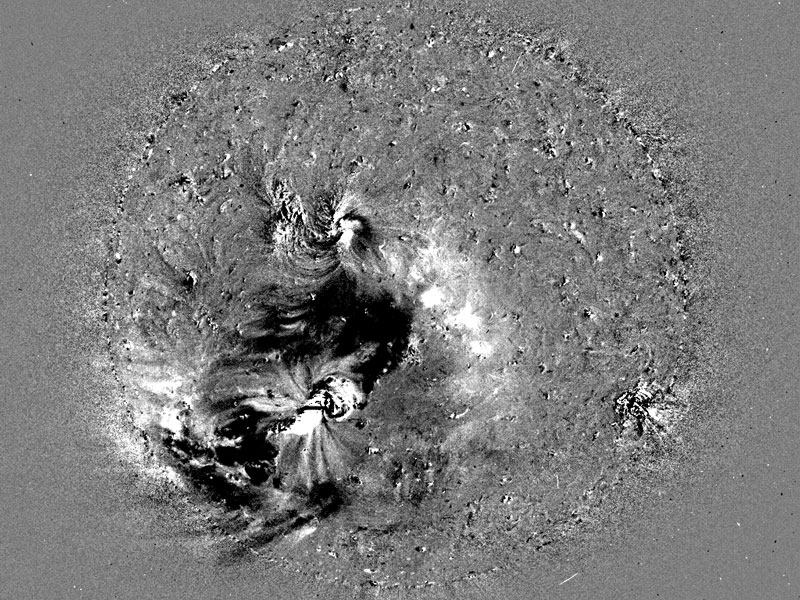 Explanation: Our Earth endures bursts of particles from the Sun. On 1997 April 7, at 10 am (EDT), ground monitors of the SOHO spacecraft, which continually monitors the Sun, noticed a weak spot in the solar corona was buckling again, this time letting loose a large, explosive Coronal Mass Ejection (CME). Almost simultaneously, NASA's WIND spacecraft began detecting bursts of radio waves from electrons involved in this magnetic storm. Supersonic waves rippled though the solar corona as a puff of high energy gas shot out into the Solar System. The above image shows two photographs of the Sun taken about 15 minutes apart and subtracted, highlighting the explosion. CME's are not unusual. The CME gas had little lasting effect on the Earth, but likely created fleeting, if not picturesque, Earth auroras.