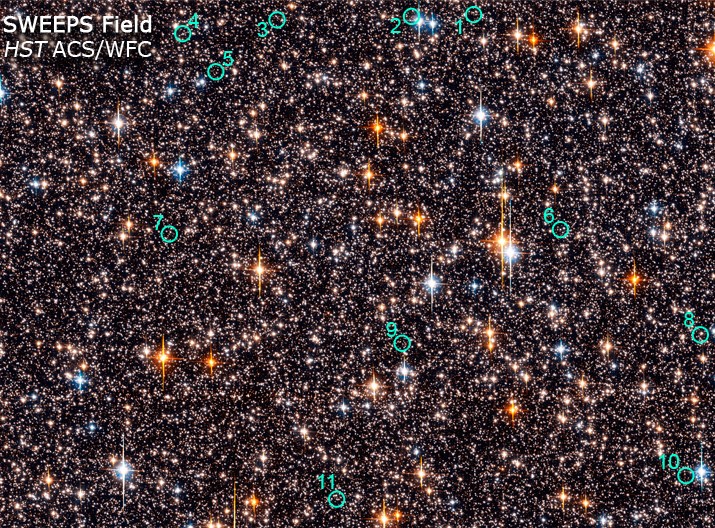 Explanation: This crowded star field towards the center of our Milky Way Galaxy turns out to be a great place to search for planets beyond our solar system. In fact, repeatedly imaging about 180,000 stars in the field over a one week period, the Hubble Space Telescope enabled astronomers to conduct the Sagittarius Window Eclipsing Extrasolar Planet Search (SWEEPS). Their search looked for brief, periodic dips in brightness caused as a large planet eclipses or transits its parent star. Since chances of seeing such an eclipse are slim, it was a definite advantage to examine as many stars as possible. In the end, SWEEPS astronomers found 16 candidate stars (green circles identify 11 in this cropped picture) that are likely closely orbited by large Jupiter-sized planets with periods of a few days or less. Large planets orbiting so close to their stars are termed hot Jupiters. Kepler, a future NASA mission, is intended to extend the transit technique to search for Earth-sized planets.