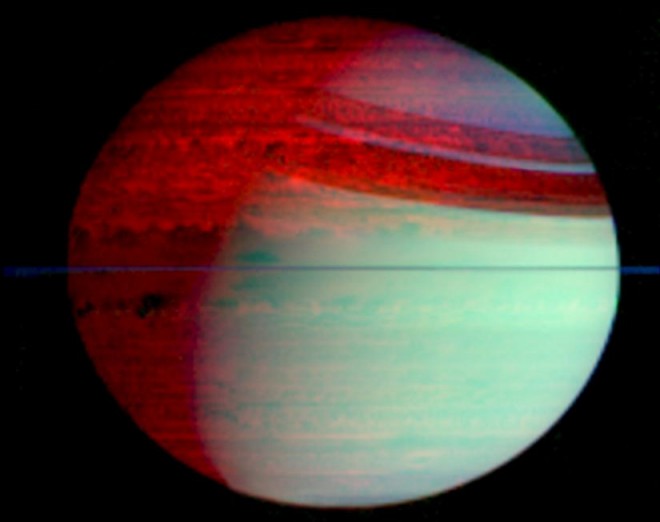 Explanation: Known for its bright ring system and many moons, gas giant Saturn looks strange and unfamiliar in this false-color view from the Cassini spacecraft. In fact, in this Visual and Infrared Mapping Spectrometer (VIMS) mosaic the famous rings are almost invisible, seen edge-on cutting across picture center. The most striking contrast in the image is along the terminator or boundary between night and day. To the right (day side) blue-green hues are visible sunlight reflected from Saturn's cloud tops. But on the left (night side) in the absence of sunlight, the lantern-like glow of infrared radiation from the planet's warm interior silhouettes features at Saturn's deeper cloud levels. The thermal infrared glow is also apparent in the broad bands of ring shadows draped across the northern hemisphere of Saturn.