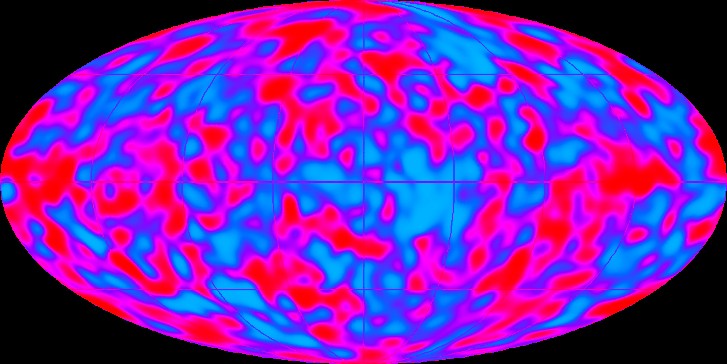 Explanation: This historic all-sky map is based on the first two years of data from NASA's COsmic Background Explorer (COBE) satellite, launched in November of 1989. The map shows minute temperature variations (red is hotter) imprinted on the Cosmic Microwave Background (CMB) radiation by structures in the early Universe. These detailed measurements of the CMB and other COBE results ushered in an age of precision cosmology, and exactly confirmed the predictions of the Big Bang theory. Playing leading roles in the COBE project, for their resulting discoveries John C. Mather (NASA, Goddard Space Flight Center), and George F. Smoot (UC Berkeley) were selected to receive the 2006 Nobel Prize in Physics.