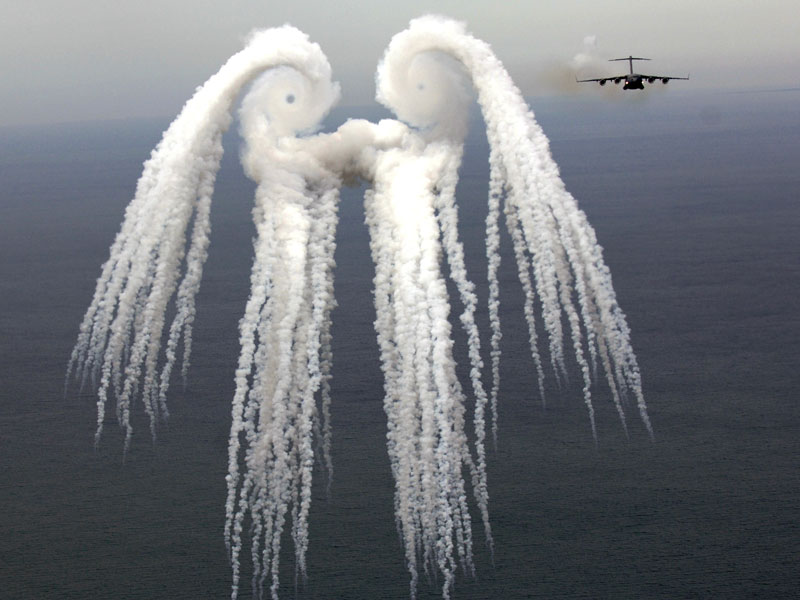 Explanation: What type of cloud is that? It is not a naturally occurring one. Looking perhaps a bit like a gigantic owl monster, the cloud pictured above resulted from a series of flares released by an air force jet over the Atlantic Ocean in May. The jet that released the flares, a C-17 Globemaster III, is seen on the right. The flares release smoke and the resulting pattern is sometimes known as a smoke angel. The circular eyes of the above smoke angel are caused by air spiraling off the plane's wings and are known as wingtip vortices.