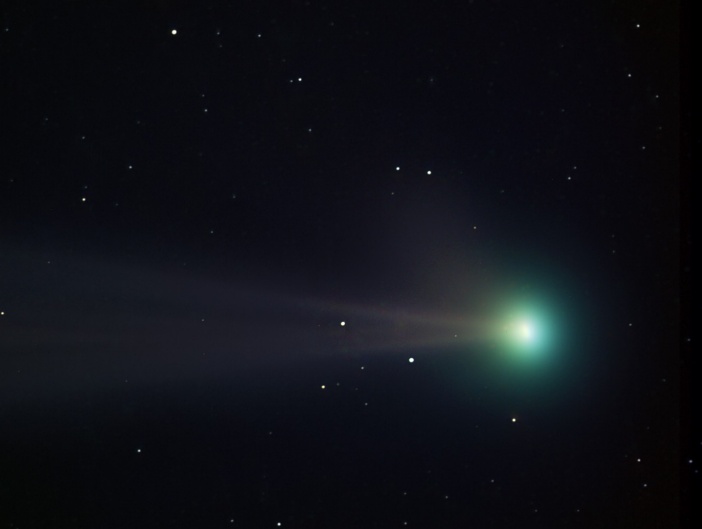 Explanation: Comet Pojmanski flew by planet Earth last weekend on a surprise trip through the inner solar system. Then an easy binocular target for morning skygazers, Pojmanski ultimately showed off a long tail, but it also presented some lovely green-blue hues as gas molecules in its tenuous coma and tail fluoresced in the sunlight. Astronomers Adam Block and Jay GaBany recorded this colorful high-resolution view on March 3rd in the darkness just before twilight. The picture spans about one full moon on the sky. Comet Pojmanski (C/2006 A1) is outward bound and fading now, still visible in binoculars for northern hemisphere observers.