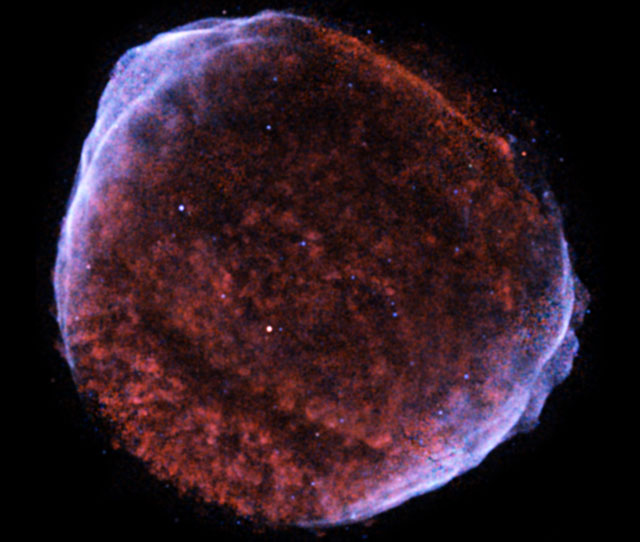 Explanation: This huge puff ball was once a star. One thousand years ago, in the year 1006, a new star was recorded in the sky that today we know was really an existing star exploding. The resulting expanding gas from the supernova is still visible with telescopes today, continues to expand, and now spans over 70 light years. SN 1006 glows in every type of light. The above image of SN 1006 was captured by the orbiting Chandra Observatory in X-ray light. Even today, not everything about the SN 1006 is understood, for example why particle shocks that produce the bright blue filaments are only visible at some locations. SN 1006 is thought to have once been a white dwarf that exploded when gas being dumped onto it by its binary star companion caused it to go over the Chandrasekhar limit. Foreground stars are visible that have nothing to do with the supernova.