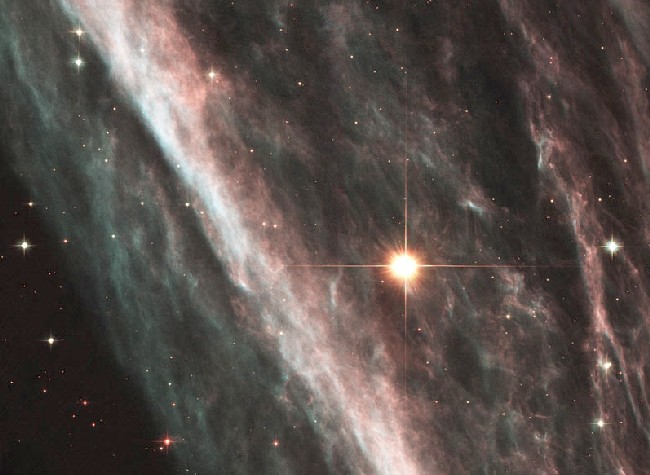 Explanation: At 500,000 kilometers per hour, a supernova shockwave plows through interstellar space. This shockwave is known as the Pencil Nebula, or NGC 2736, and is part of the Vela supernova remnant, an expanding shell of a star that exploded about 11,000 years ago. Initially the shockwave was moving at millions of kilometers per hour, but the weight of all the gas it has swept up has slowed it considerably. Pictured above, the shockwave moves from left to right, as can be discerned by the lack of gas on the left. The above region spans nearly a light year across, a small part of the 100+ light-year span of the entire Vela supernova remnant. The Hubble Space Telscope ACS captured the above image last October.