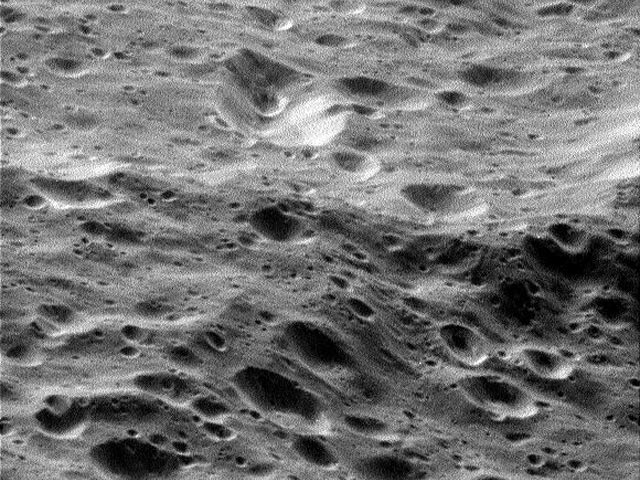 Explanation: What does the surface of Saturn's moon Rhea look like? To help find out, the robot Cassini spacecraft currently orbiting Saturn was directed to fly right past the second largest moon of the gas giant planet late last month. Pictured above is an image taken only 620 kilometers above Rhea's icy surface, spanning about 90 kilometers. The rim of an old crater crosses the middle of the image, with many smaller and younger craters scattered throughout. A linear depression -- possibly a tectonic fault -- is visible toward the right, crossing the likely loose material that composes Rhea's surface regolith. The origins of many features on Rhea are currently unexplained and being researched.