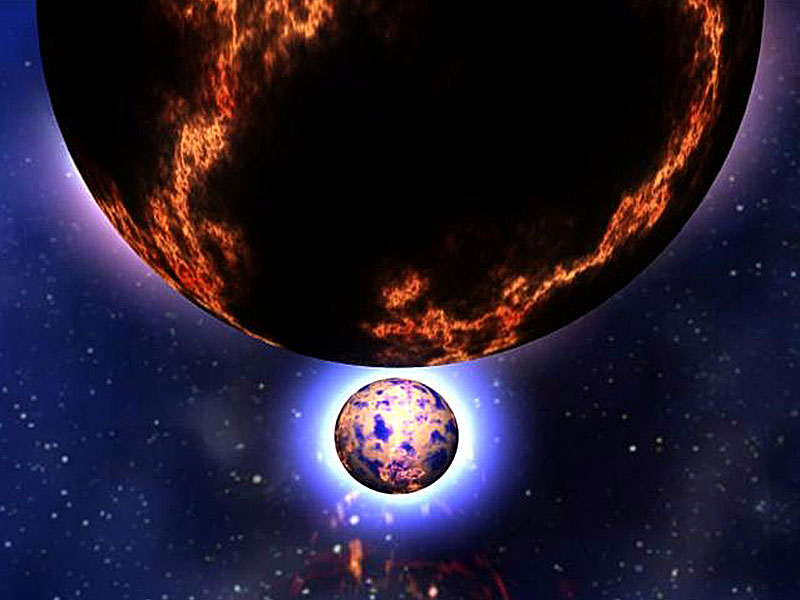 Explanation: What causes gamma-ray bursts? The most energetic type of explosions known in the cosmos has been an enigma since discovered over 30 years ago. It now appears that there may not be one unique type of progenitor. Long duration gamma-ray bursts (GRBs) have been localized, over the past few years, to blue regions in the universe rich in star formation. Massive young stars nearing the end of their short lives commonly explode in these regions. Astronomers associate these long duration GRBs, that can last from seconds to minutes, with a type of stellar explosion common in young massive stars. Over the past few months, short duration GRBs have finally been localized and found to occur in different types of regions -- not only blue regions rich in star formation. Many astronomers therefore now theorize that short GRBs, which typically last less than one second, are the result of a different progenitor process than long GRBs. A leading model is that a short GRB will occur when a neutron star either impacts another neutron star or a black hole. Such collisions may occur well after star-forming regions have otherwise burned out. Pictured in the above illustration, two energized neutrons stars finally approach each other in their orbits, a death spiral that might end with a short GRB.