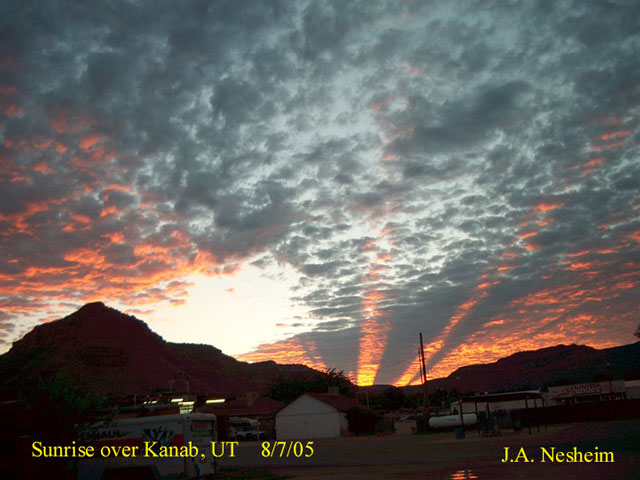 Explanation: What could cause such rays of dark? Dark sky rays were caught in spectacular fashion earlier this month above Utah, USA. The cause is something surprisingly familiar: shadows. Clouds near the horizon can block sunlight from reflecting off air, making columns outward from the Sun appear unusually dark. Cloud shadows can be thought of as the complement of the more commonly highlighted crepuscular rays, also visible above, where sunlight pours though cloud holes. Sometimes, on the opposite side of the sky, anticrepuscular rays can also be seen.