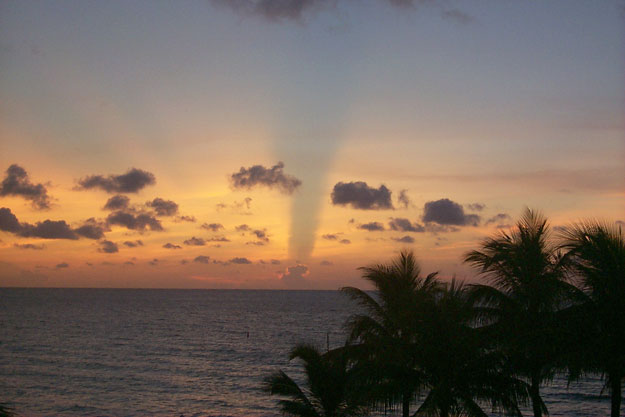 Explanation: What could cause a ray of dark? Such a ray was caught in spectacular fashion above the Florida Everglades two years ago. The cause is something surprisingly familiar: a shadow. The gold-tinged cloud near the horizon blocks sunlight from reflecting off air behind the cloud, making that column of air appear unusually dark. Cloud shadows can be thought of the inverse of the more commonly highlighted crepuscular rays, where sunlight pours though cloud holes. Another seemingly opposite phenomenon, a sun pillar, involves small ice crystals floating high in the atmosphere.