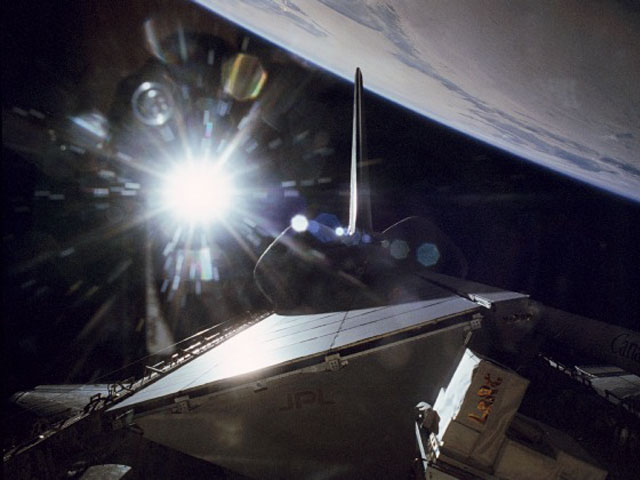 Explanation: Today, the Sun crosses the celestial equator heading north, marking the Vernal Equinox -- the first day of spring in the Northern Hemisphere and autumn in the south. Equinox means equal night and with the Sun on the celestial equator, Earthlings will experience 12 hours of daylight and 12 hours of darkness. For those in the Northern Hemisphere, the days will continue to grow longer with the Sun marching higher in the sky as summer approaches. A few weeks after the northern Autumnal Equinox of 1994, the Crew of the Shuttle Endeavor recorded this image of the Sun poised above the Earth's limb. Glare illuminates Endeavor's vertical tail (pointing toward the Earth) along with radar equipment in the payload bay. The space shuttle is expected to return to flight later this year with the launch of STS-114.