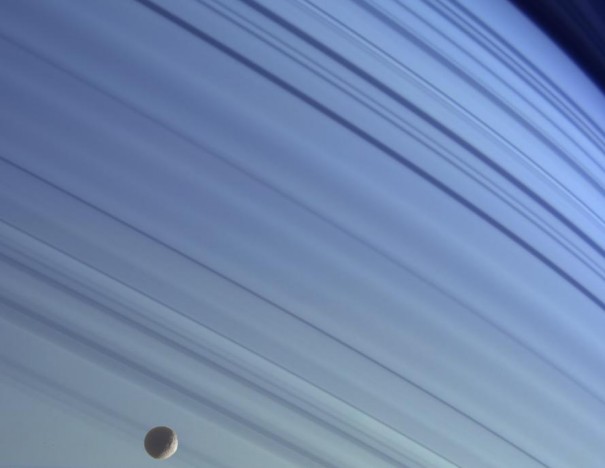 Explanation: Serene blue hues highlight this view of Saturn's northern hemisphere from the Cassini spacecraft. The image has been adjusted to approximate the natural blue color of visible sunlight scattered by the gas giant's upper atmosphere. Saturn's famous rings cast the dark shadows stretching across the frame with infamous cratered moon Mimas lurking at the lower left. Orbiting beyond the main inner rings, Mimas itself is 400 kilometers across and lies nearly 200,000 kilometers, over 3 Saturn radii, from the center of the planet. Still, Mimas orbits within Saturn's faint and tenuous outer E ring.