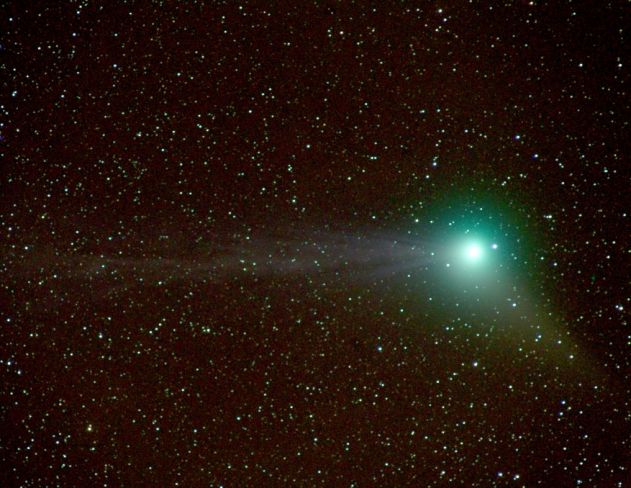 Explanation: Good views of Comet Machholz are in store for northern hemisphere comet watchers in January. Now making its closest approach to planet Earth, the comet will pass near the lovely Pleiades star cluster on January 7th and the double star cluster in Perseus on January 27th as Machholz moves relatively quickly through the evening sky. Currently just visible to the unaided eye from dark locations, the comet should be an easy target in binoculars or a small telescope. In fact, this telephoto time exposure from January 1 shows Comet Machholz sporting two lovely tails in skies over Colorado, USA. Extending to the left, strands of the comet's ion or gas tail are readily affected by the solar breeze and point away from the Sun. Dust, which tends to trail along the comet's orbit, forms the tail jutting down and to the right.