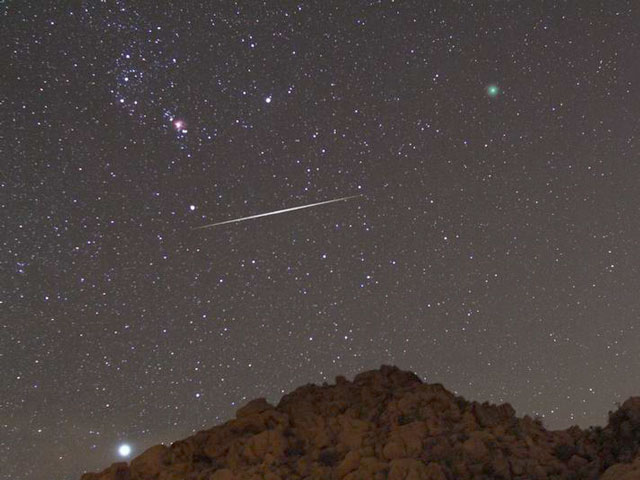 Explanation: Several wonders of the late-year northern sky appeared together for a few fleeting moments on December 13. On the bottom left, just above the hill, is blue Sirius, the brightest star in the sky. Above Sirius and slightly to the right of the belt of Orion is the red Orion Nebula, one of the most famous nebulas on the sky. Below and to the right of the Orion Nebula streaks a yellow meteor, although moving in the wrong direction to be from the Geminids meteor shower that peaked the night. Finally, above and to the right of the meteor is Comet Machholz, whose coma appears here relatively green. Since the time since this image was taken over a Californian hill, the Geminid meteor has long since evaporated. Comet Machholz has brightened and moved to the north. Sirius, however, will remain in the constellation of Canis Major indefinitely.