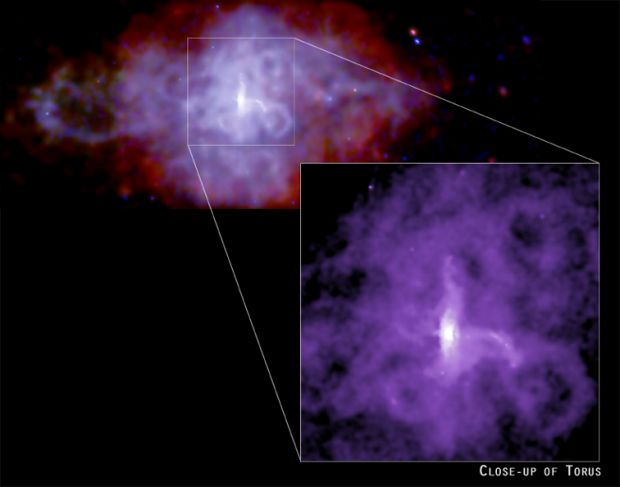 Explanation: Light from a star that exploded some ten thousand light-years away first reached our fair planet in the year 1181. Now known as supernova remnant 3C58, the region seen in this false-color image glows in x-rays, powered by a rapidly spinning neutron star or pulsar - the dense remains of the collapsed stellar core. A cosmic dynamo with more mass than the sun, the pulsar's electromagnetic fields seem to accelerate particles to enormous energies, creating the jets, rings, and loop structures visible in this stunning x-ray view from the orbiting Chandra Observatory. While adding 3C58 to the list of pulsar powered nebulae explored with Chandra, astronomers have deduced that the pulsar itself is much too cool for its tender years, citing 3C58 as a show case of extreme physics not well understood. The close-up inset above spans about six light-years.