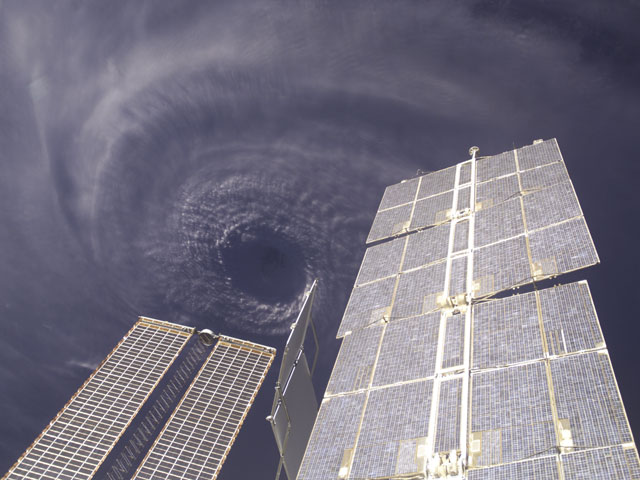 Explanation: Ninety percent of the houses on Grenada were damaged. Such is the destructive force of Hurricane Ivan, already one of the most powerful and destructive hurricanes on record. And the storm will likely make landfall in southern USA tomorrow. Ivan is the currently the third - and largest - hurricane set to strike the US this hurricane season. The swirling eye of Hurricane Ivan was photographed above from the orbiting International Space Station (ISS) on Saturday as the storm's sustained 200 kilometer per hour winds wreaked havoc in the Caribbean. The bad news is that hurricane season in the Atlantic typically lasts until November 30, still over two months away. The more immediate bad news is that tropical storm Jeanne is next in line coming across the mid-Atlantic Ocean and could pass Puerto Rico sometime today.