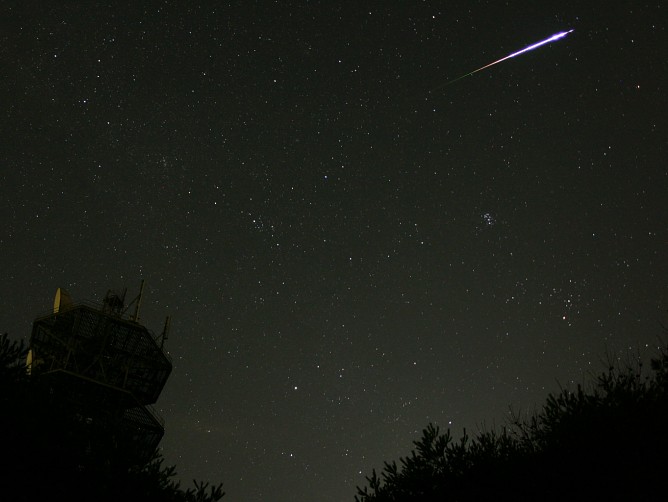 Explanation: Enjoying the bright Moon's absence from early morning skies, observers around the world reported lovely displays during this year's Perseid meteor shower. As anticipated, peak rates were about one meteor per minute. Though most Perseids were faint, this bright and colorful fireball meteor flashed through skies over Japan on August 12 at 0317 JST. Ending at the upper right, the meteor's trail points down and to the left, back to the shower's radiant point between the constellations of Perseus and Cassiopeia, seen here just above the tower structure in the foreground. The Pleiades star cluster is also visible well below the meteor's trail. Perseid shower meteors can be traced to particles of dust from the tail of comet Swift-Tuttle. The comet dust impacts the atmosphere at speeds of around 60 kilometers per second. While this annual shower's peak has come and gone, Perseid meteors should still be visible over the next few nights, but at a greatly reduced rate.