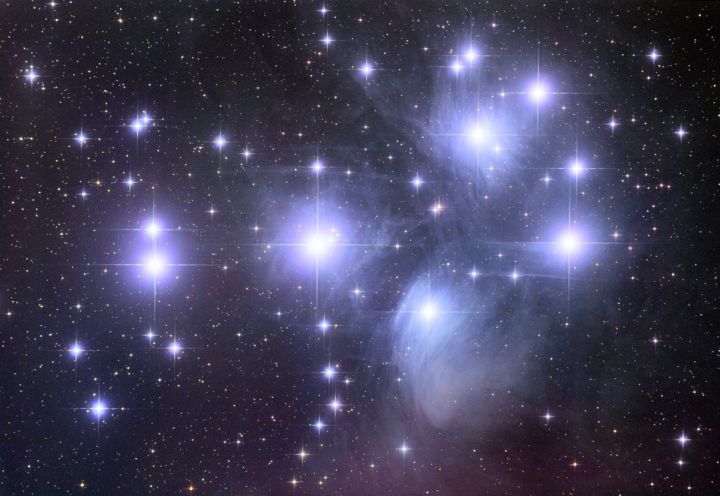 Explanation: Perhaps the most famous star cluster on the sky, the Pleiades can be seen without binoculars from even the depths of a light-polluted city. Also known as the Seven Sisters and M45, the Pleiades is one of the brightest and closest open clusters. The Pleiades contains over 3000 stars, is about 400 light years away, and only 13 light years across. Quite evident in the above photograph are the blue reflection nebulae that surround the brighter cluster stars. Low mass, faint, brown dwarfs have also been found in the Pleiades. (Editors' note: The prominent diffraction spikes were added to the image for aesthetic reasons, produced by kite string donated by Rob Gendler's kids and placed over the telescope dew shield.)