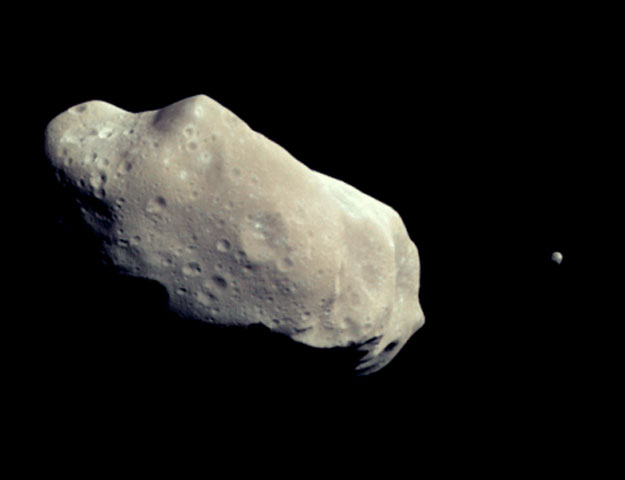 Explanation: This asteroid has a moon! The robot spacecraft Galileo destined to explore the Jovian system, encountered and photographed two asteroids during its long interplanetary voyage to Jupiter. The second asteroid it photographed, Ida, was discovered to have a moon which appears as a small dot to the right of Ida in this image from 1993. The tiny moon, named Dactyl, is about one mile across, while the potato shaped Ida measures about 36 miles long and 14 miles wide. Dactyl is the first moon of an asteroid ever discovered. The names Ida and Dactyl are from Greek mythology. Many other asteroids are now known to have moons.