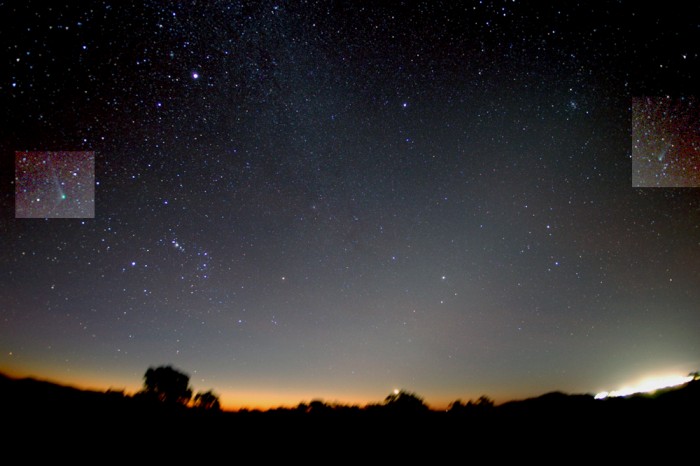 Explanation: Wielding a very wide-angle lens, astronomer Gordon Garradd was able to capture two naked-eye comets in one picture looking toward the west from Loomberah, New South Wales, Australia. At the far left lies comet C/2002 T7 (LINEAR) and at the far right, comet C/2001 Q4 (NEAT). Recorded on the night of May 20th, the area around each of the comets has been separately enhanced here, making it easier to discern their extended tails streaming away from the Sun. While comet T7 (LINEAR) is the brighter of the two comets, both are now fading. Still, they may be visible for northern and southern observers with Q4 (NEAT) easiest to spot in the north. Of course, with bright Venus near the center on the horizon and the lights of nearby Tamworth city glowing at the bottom right, the two comets are not alone in this heavenly view.