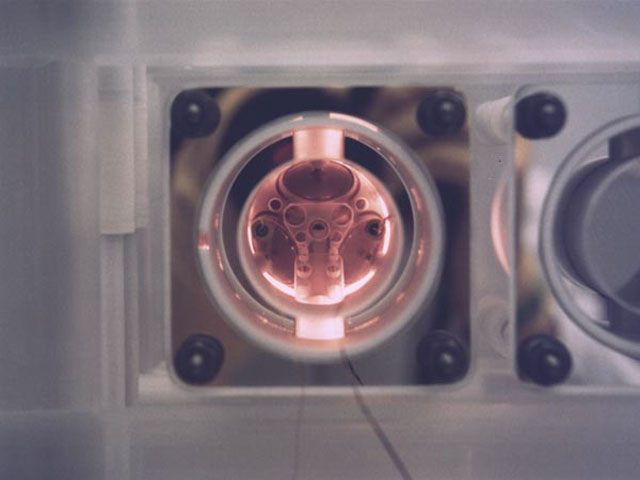 Explanation: Does gravity have a magnetic counterpart? Spin any electric charge and you get a magnetic field. Spin any mass and, according to Einstein, you should get a very slight effect that acts something like magnetism. This effect is expected to be so small that it is beyond practical experience and even beyond laboratory measurement. Until now. In a bold attempt to directly measure gravitomagnetism, NASA launched last week the smoothest spheres ever manufactured into space to see how they spin. These four spheres, each roughly the size of a ping-pong ball, are the key to the ultra-precise gyroscopes at the core of Gravity Probe B. Will the gyroscopes feel gravitomagnetism and wobble at the rate Einstein would have predicted? Stay tuned. Better understanding space, time, and gravity can have untold long term benefits as well as likely shorter term benefits such as better clocks and global positioning trackers.