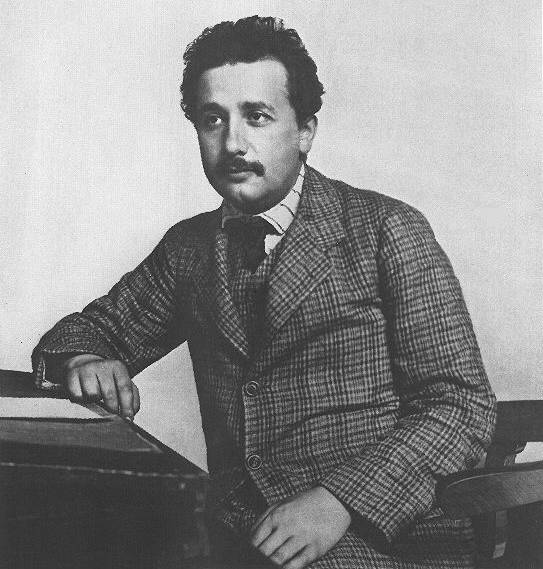 
Explanation: Albert Einstein (1879-1955) is considered by many the greatest astrophysicist and single most significant Person of the 20th Century. He is pictured here in the Swiss Patent Office where he did much of his defining work. Einstein's many visionary scientific contributions include the equivalence of mass and energy (E=mc^2), how the maximum speed limit of light affects measurements of time and space (special relativity), and a more accurate theory of gravity based on simple geometric concepts (general relativity). One reason Einstein was awarded the 1921 Nobel Prize in Physics was to make the prize more prestigious.