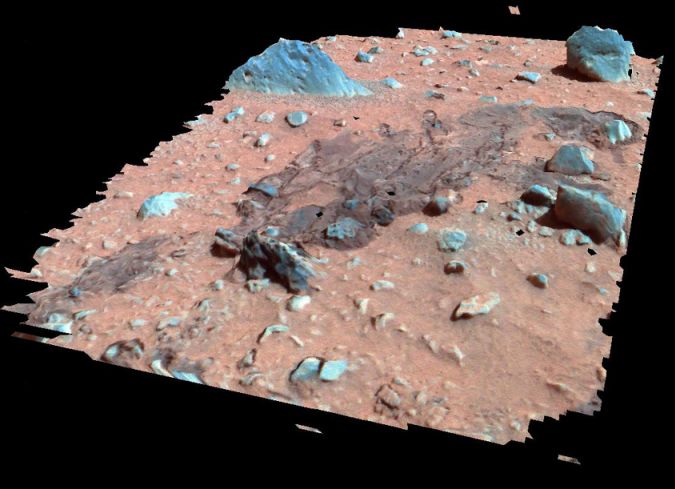 Explanation: Spirit moved across Mars yesterday as the rover successfully maneuvered down off its lander, driving its six wheels onto the floor of Gusev crater. As planned, the robotic geologist will now begin a close-up examination of the rocks and soil around the landing site for clues to the processes that formed them. A perspective projection of Spirit's local martian rocks and soil is shown above, based on 3D color image data recorded when rover was still perched on its landing platform. Dark-colored airbag drag marks stretch across the soil in this view of the surface. For scale, the triangular-faced rock in the upper left corner is about 20 centimeters (8 inches) high. Scientists anticipate that the rover's investigation will yield valuable evidence helping to confirm or refute the possibility that the floor of Gusev crater is an ancient lake bed.