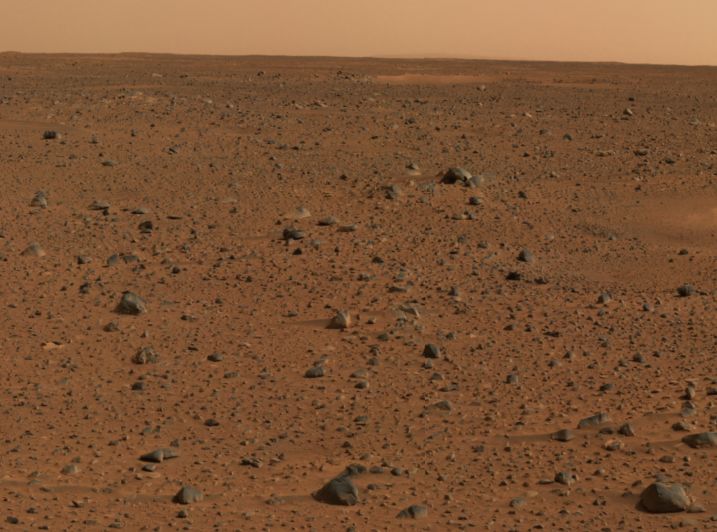 Explanation: Rocks are strewn across the broad, flat Gusev crater floor in this sharp color picture from NASA's Spirit rover. Recorded by the rover's panoramic camera, the picture is part of Spirit's first color image of Mars - the highest resolution picture yet taken on the surface of another planet. Already revealing alluring and perplexing details of an apparently windswept plain thought to be an ancient lake bed, this stunning view represents only a small fraction of the color image data mission scientists expect to be transmitted in the coming days. As the robotic Spirit rover is preparing to stand up, roll off the lander, and explore the geology of the crater floor, NASA has announced plans to rename the landing site the Columbia Memorial Station in honor of the astronauts lost in the Columbia space shuttle accident.