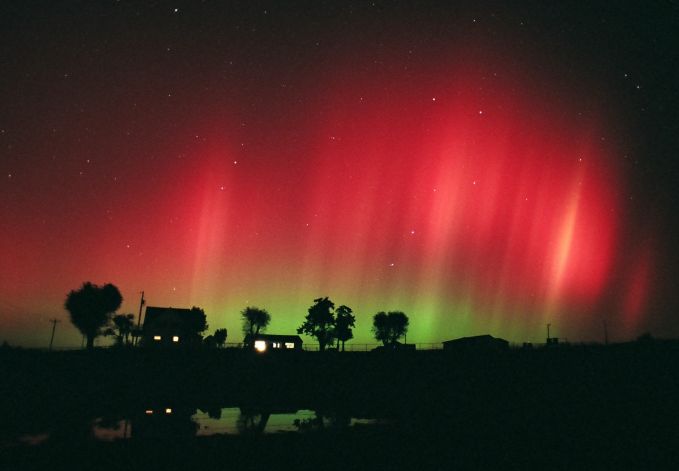 Explanation: Nestled in the central US, the state of Oklahoma is noted for its gorgeous prairie skies and wide-open spaces, but not for frequent visitations of the northern lights. Still, following the intense solar activity late last month, aurora did come sweeping down the Oklahoma plains and skywatcher Dave Ewoldt managed to catch up with this photogenic apparition 40 miles northwest of Oklahoma City at about 3am CST on October 29. Anticipating aurora sightings, Ewoldt had spent the evening photographing nighttime views of small towns in the area while keeping an eye toward the north. He reports, "I was just about ready to call it a night when the show started. When it did, it was like someone turned on a lightswitch. I wish it would have lasted longer... [it] seemed like it was completely done in about 25 minutes." Watery reflections of the colorful show highlight the foreground in the stunning image while stars of the Big Dipper and the northern sky shine behind the dazzling Oklahoma auroral display.