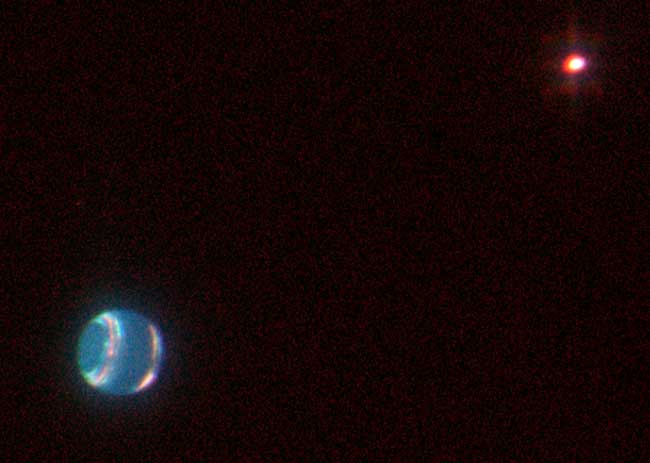 Explanation: How's the weather on Neptune? Tracking major weather patterns on the Solar System's outermost gas giant can help in the understanding of global weather patterns here on Earth. Each summer for the past five years, Neptune has been imaged and major weather patterns studied. The latest picture, taken on September 15, is shown above in false color. Visible in pink near Neptune's lower right is a new storm dubbed Annabelle that is several times larger than her terrestrial sister Isabel, a concurrent storm system that occurred here on Earth. Although Isabel lasted a few weeks, no one knows how long Annabelle will endure. On the upper right is Neptune's largest moon Triton, an unusual moon that sports volcanoes that spew ice.