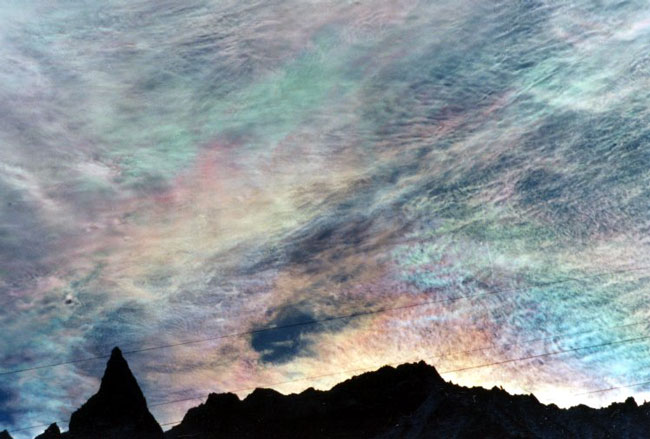 Explanation: Before the sun rose over the mountains, iridescent colors danced across the sky. The unexpected light show was caused by a batch of iridescent clouds, and captured on film in early September in Arolla, Wallis, Switzerland. The peak in the foreground of the above image is Aiguille de la Tsa. Iridescent clouds contain patches of water droplets of nearly identical size that can therefore diffract sunlight in a nearly uniform manner. Different colors will be deflected by different amounts and so come to the observer from slightly different directions. Iridescent clouds are best seen outside the glare of the direct Sun although they can occasionally be seen to encircle the Sun.