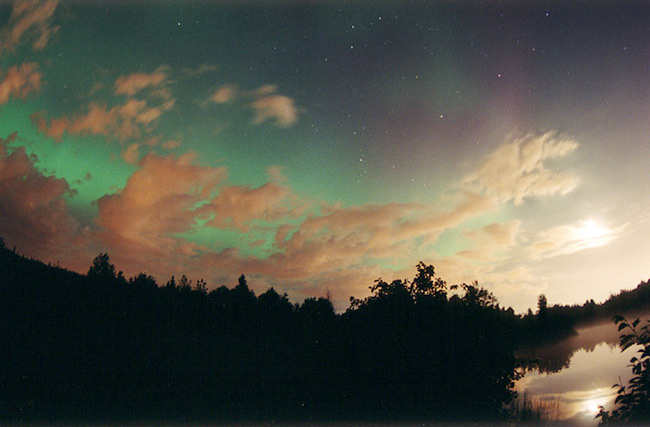 Explanation: Aurorae usually occur high above the clouds. The auroral glow is created when fast-moving charged particles from the Earth's magnetosphere impact air molecules high in the Earth's atmosphere. An oxygen molecule, for example, will emit a green light when reacquiring an electron lost during a collision. The lowest part of an aurora will typically occur at 100 kilometers and up, while most clouds usually exist only below about 10 kilometers. The relative heights of clouds and auroras are shown clearly in the above picture taken last month from near Quebec City, Canada. The most likely time to see an aurora is around midnight.