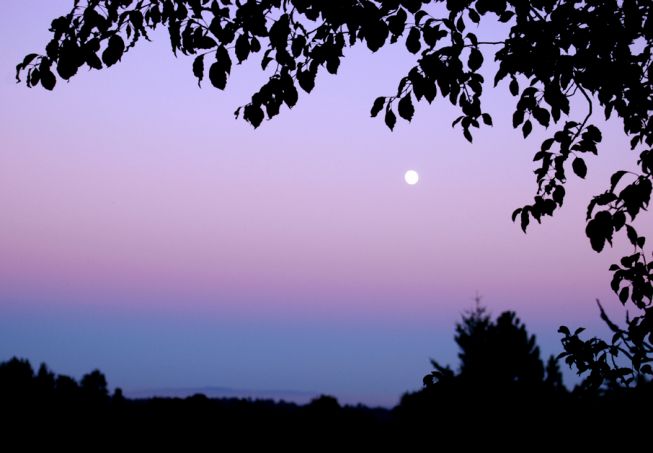 Explanation: As the Sun sets, the Earth's shadow rises up from the east. The subtle beauty of this daily apparition is often overlooked in favor of the brighter, more colorful western horizon. But while gazing toward a nearly full rising Moon on August 9, astronomer Steve Mandel admired the shadow rise from his driveway near Soquel, California, USA. His view looks east from the northern tip of Monterey Bay toward Fremont Peak, the highest point in the small mountain range on the horizon. The Earth's rising shadow is cast through the dense atmosphere and is seen in his picture as the dark blue band along the horizon, bounded above by a pinkish purple glow or antitwilight arch. Also known as the Belt of Venus, the arch's lovely color is due to backscattering of reddened light from the setting Sun.