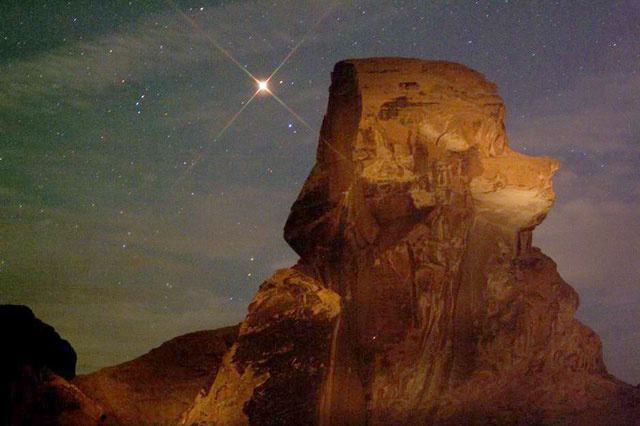 Explanation: Have you seen Mars lately? As Earth and Mars near their closest approach in nearly 60,000 years on August 27, the red planet has begun to appear dramatically bright and show interesting details through telescopes and binoculars. Although not yet visible at sunset, Mars can be seen rising increasingly earlier in the evening. Once above the horizon, Mars is easy to spot, as it sports a distinct orange-red hue and it is the brightest object in the sky after the Sun, the nearby Moon, and Venus. After Earth overtakes Mars in their respective solar orbits, Mars will be visible right from sunset, although its historic brightness will then begin to fade. Pictured above, Mars was captured rising in the south east next to Poodle Rock in Valley of Fire State Park, Nevada, USA.