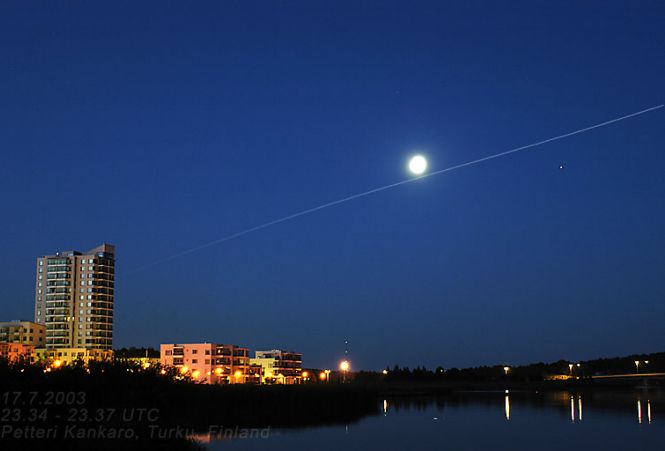 Explanation: In this serene view, the moons of Earth along with the bright planet Mars shine above the city of Turku near the southwestern tip of Finland. Of course Earth's large natural satellite, the Moon, at a distance of 400,000 kilometers, is by far the brightest object in this sky. But growing brighter and closer by the hour, Mars appears as the impressively bright "star" at the right, about 64 million kilometers from Turku. Streaking across the twilight sky between the two celestial beacons, Earth's largest artificial moon, the International Space Station, orbits about 400 kilometers above the planet's surface. To capture the moment, amateur astronomer Petteri Kankaro used a digital camera and combined exposures beginning at 23:34 Universal Time on July 17th.