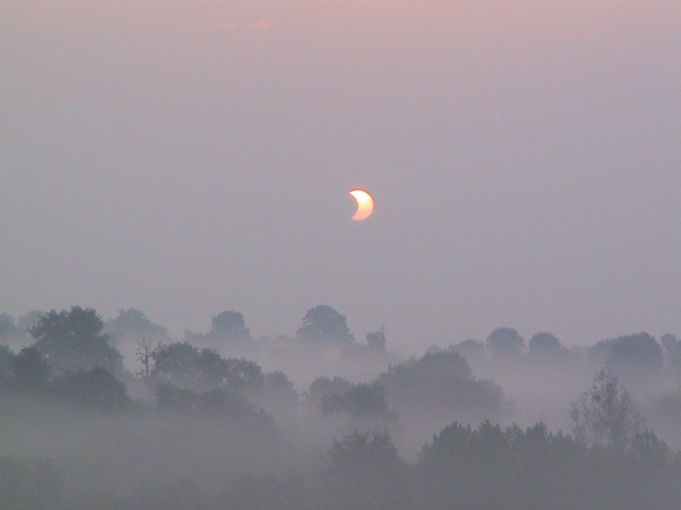 Explanation: The Sun and Moon rose together over much of Europe on the morning of May 31st with the first solar eclipse of 2003 already in progress. And while sightings of the full annular phase of the eclipse were restricted to far northern regions, early morning risers were still treated to inspiring views of two celestial bodies which are most important to life on planet Earth. Following the dawn's spectacle from Charneux, Belgium, astrophotographer Olivier Meeckers recorded this evocative image of the partially eclipsed Sun rising above a primeval apparition of mists and trees. Last month was indeed a rewarding one for eclipse watchers as May's full Moon and (second) new Moon lined up for their respective lunar and solar eclipses. November 2003 will also host both a total lunar and total solar eclipse.