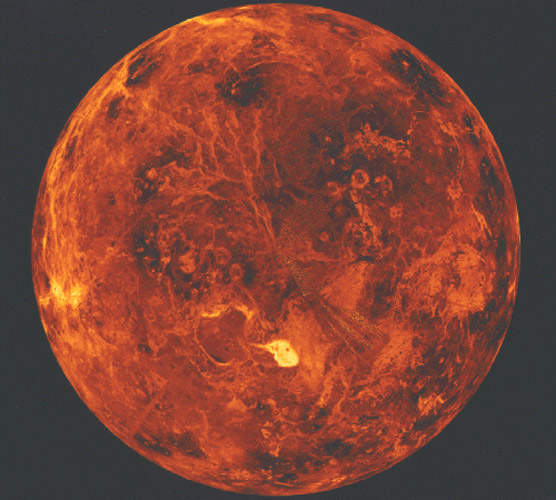 Explanation: If you could look down on the North Pole of Venus what would you see? The Magellan probe that orbited Venus from 1990 to 1994 was able to peer through the thick Venusian clouds and build up the above image by emitting and re-detecting cloud-penetrating radar. Visible as the bright patch below central North is Venus' highest mountain Maxwell Montes. Other notable features include numerous mountains, coronas, impact craters, tessera, ridges, and lava flows. Although the size and mass of Venus are similar to the Earth, its thick carbon-dioxide atmosphere has trapped heat so efficiently that surface temperature usually exceeds 700 kelvins, hot enough to melt lead.