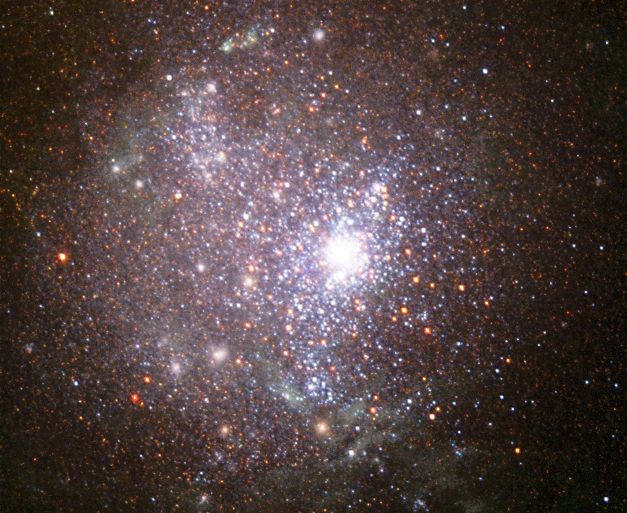 Explanation: Some 2,000 light-years across, NGC 1705 is small as galaxies go, similar to our Milky Way's own satellite galaxies, the Magellanic Clouds. At a much larger distance of 17 million light-years, the stars of NGC 1705 are still easily resolved in this beautiful image constructed from data taken in 1999 and 2000 with the Hubble Space Telescope. Most of the younger, hot, blue stars in the galaxy are seen to be concentrated in a large central star cluster with the older, cooler, red stars more evenly distributed. Possibly 13 billion years old, NGC 1705 could well have been forming stars through out its lifetime while light from its most recent burst of star formation reached Earth only 30 million years ago. This gradually evolving dwarf irregular galaxy lacks organized structures like spiral arms and is thought to be a nearby analog to the first galaxies to form in the early Universe.