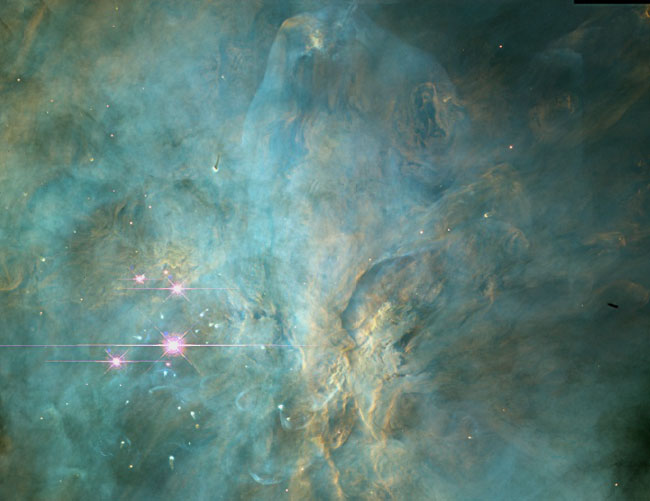 Explanation: Start with the constellation of Orion. Near Orion's belt is a fuzzy area known as the Great Nebula of Orion or M42. In this nebula is a bright star cluster known as the Trapezium, shown above. New stellar systems are forming there in gigantic globs of gas and dust known as Proplyds. Looking closely at the above picture also reveals that gas and dust surrounding some of the dimmer stars appears to form structures that point away from the brighter stars. The above false color image was made by combining several exposures from the orbiting Hubble Space Telescope.